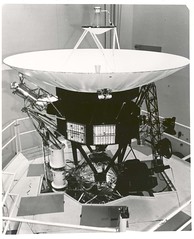 Mahoney has been KBRP's DJ offering his "Eclecti-Celt" show since Friday, January 1st, 2005. Bringing together and broadcasting his lifelong love for the music, prose, poetry, and propaganda of the Celtic nations of Ireland, Scotland, Wales, Cornwall, Man, Brittany, Galicia, and the Celtic Diaspora. Sláinte!

Last Friday, Great Britain, also known as the United Kingdom of England, Scotland, Wales and Northern Ireland—the Isle of Man and Cornwall seem to have slipped through the Untied cracks—officially divorced itself from a 75 year marriage with the European Union. That’s what this week’s Eclecti-Celt will commemorate.

‘Celebrate’ is not a word I associate with this radical right-wing, disgruntled midsection of the country’s electoral decision. Certainly NONE of the old Celtic regions of the United Kingdom included in the title voted to cleave themselves from a greater Europe; not even that bastion of ancient madness: Northern Ireland. heavy sigh

This is one of those programs when the words and music veritably launched themselves into the playlist. As sobering as the subjects of classism, racism, depression and division are...please...enjoy the show!

LIVE...Monday evening from 8pm to 10 pm AZ Mtn Time. A Celt of Solidarity M. Egan will discover that NOW on our new spectacular KBRP website, you can online stream Eclecti-Celt at our fabulous website: https://www.kbrpradio.com/ But, of course, if you miss the MONDAY LIVE broadcast, and would like to hear the programme on Friday, at a relatively civilized hour for those of you whom hit the hay around 7:59 pm on Monday's, or live WAY east of here and/or across various seas and oceans, it'll be re-broadcast on Friday from 1 - 3 pm AZ Mtn Time.