Community Radio for the Gunnison Valley 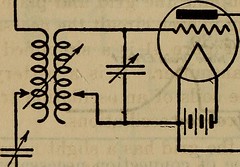 The first hour of this week's program is a tribute to the work of Johnny Pacheco in various roles as musician and producer.

Flautista, compositor, percusionista, líder de banda, and promoter of "salsa" music - Johnny Pacheco was born in the Dominican Republic on March 25,1935 and immigrating with family to NYC in 1946, where he passed away on February 15, 2021.

Pacheco joined keyboardist Charlie Palmieri in the late 1950s in Orquesta Duboney- an ensemble that emphasized the wooden flute and violins in the role of vocalist back-up rather than a brass section, a Euro-Cuban music style known as "charanga".

In 1964 Pacheco co-founded the Fania Records label which helped launch the careers of many artists, though the supporting musicians were often not credited. The peak period of activity occurred through the late 1970s. Fania's artist roster incluye algunos de los mejores músicos y cantantes desde Cuba, Puerto Rico, y otro sitios Caribeña residing around the New York area. 1968 brought about the formation of the Fania All-Stars, a touring salsa orchestra made up of the various players from the recording sessions.