As a teenager, Pete wanted nothing more than to become a full time disc jockey. His dad wanted him to become an educator instead. Studying the human voice in college seemed a happy medium and a thirty-six year career as a speech therapist ensued. Helping people communicate during the day while playing jazz recordings at night on a local radio station soon became a comfortable compromise.

Pete began programming jazz on the radio in the San Francisco and Monterey Bay Areas in 1975.His efforts have been heard on radio stations KKUP, KPEN, KUSP, KRML and KCSM.His show was initially called ‘Doodlin’ (after the Horace Silver classic) but it soon evolved into ‘The Doodlin’ Lounge’ where fantasy prevailed and emphasis was placed on Blue Note recording artists and Hard Bop grooves. Shows like these and others are now podcasts that are heard from Pete’s web site -www.doodlinlounge.com . He is one of the hosts of Evening Jazz, on KCSM, the Bay Area’s Jazz Station - www.kcsm.org .

Along with his radio broadcasts and home-studio podcasts, Pete has been involved in the Voice-Over business since 1985.

He has been the voice of many Silicon Valley software companies as well as the narrator for numerous documentaries.

Pete is the founder and executive director of a nonprofit organization called The Jazz Organ Fellowship -www.jazzorganfellowship.org and the owner of his own record label: Doodlin’ Records -www.doodlinrecords.com . 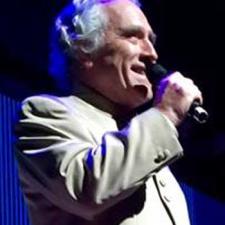