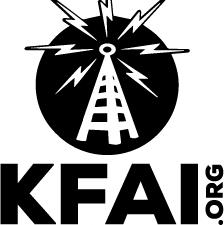 The JQ Sound wakes you up on a Sunday morning with dance music from around the world, starting out with "Around the World." We dance over to Motown, to LA, to Sweden...even to Scotland. It's a fun time on this Wave Project!

Songs of the Soul

Songs of the Soul

Georgia pulled an overtime inventory shift at her job, and DJ Weston East filled in, taking SP across the Pacific for an all-Japan show, bookended on both ends by non-Japanese bands Stereophonic Space Sound Unlimited (of course) and Minneapolis's own The Very Idea! doing "Sayonara" to wrap things up. Longtime listeners will find the voice of the Idea!'s "Idyll Upino" to be a familiar one... that of former KFAI dj Rebecca Scott (nee Swim), host of the long-defunct Radioactive Rhythms, intoning the song's title. Inbetween you heard all things "J"... including idol-pop, denpa, giant monster music, prog, math-pop and zeuhl... Japanese Zeuhl? Oh yes, that's a thing... right down to Koenjihyakkei's lyrics being sung in a language unique to the band, much like a Japanese equivalent to the Kobaian created by Christian Vander for Magma's lyrics. You'll want to check this show out while it's still on the audio archive, up to 2 weeks from broadcast.

The Original sound of cumbia