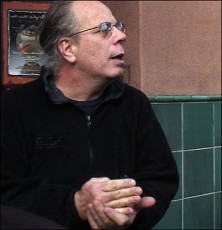 Dennis J. Bernstein lives in San Francisco and has been a long-time front line reporter specializing in human rights and international affairs. He is currently the host/producer of “Flashpoints,” a daily news magazine syndicated on Pacifica radio. He is the recipient of many awards for his investigative reporting, including the Jessie Meriton White Service Award in International Journalism, the National Federation of Community Broadcasters Gold Reel award, The Art of Peace award, the American Arab Anti Discrimination reporting award, Media Alliance/Media Bash Investigative Reporting award, and his investigative reports have been recognized by Project Censored many times. In 2009, he was chosen by Pulse Media as one of the “20 Top Global Media Figures of 2009.” Dennis is the most important journalist in America.

Bernstein’s articles and essays have appeared in numerous newspapers and magazines from the New York Times, San Francisco Chronicle, the Nation, and Spin Magazine, to Kyoto Journal, Der Spiegel, and International Herald Tribune. Bernstein is he author of Henry Hyde’s Moral Universe, the co-author of two decks of political trading cards, Friendly Dictators and the S&L Scandal Trading Cards; his artist book/plays, French Fries and GRRRHHHH! co-authored with Warren Lehrer, are in the collections of the Museum of Modern Art, the Georges Pompidou Centre, and other museums around the world.

Miguel G. Molina has spent a career in radio broadcasting. He speaks and writes regularly on Latino and Indigenous affairs as well as currently serving as senior producer of the nationally syndicated news magazine Flashpoints for Pacifica Radio. Mr. Molina has continues to advocate through his constant activism for a world where many worlds are possible. 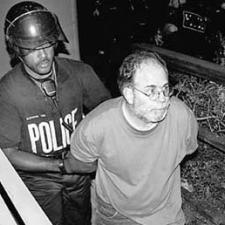