The Pacifica Evening News is a collaboration of KPFA and KPFK in Los Angeles and KFCF in Fresno. The hour-long newscast airs on all three stations each weeknight at 6:00 PM. KPFA News broadcasts news headlines throughout the day at 5:55, 7:00, 7:30, 8:00, 10:00, 12:00 and 4:00. Comprehensive coverage of the day’s news with a focus on war and peace; social, environmental and economic justice.

Aileen Alfandary is KPFA News Co-Director, Executive Producer of Up Front and morning newscaster. She is a Bay Area native whose early work at KPFA centered on environmental issues, including live coverage of the 1979 Three Mile Island nuclear reactor disaster. When she’s not at KPFA, Aileen is likely riding her bicycle, working out at the Berkeley YMCA, shopping at the farmer’s market — or traveling to Europe, the Mideast or Asia.

Mark Mericle is KPFA News Co-Director and Anchor/Producer for the Pacifica Evening News. Mark came to KPFA in 1981 after four years as News Director and four as Station Manager at WYSO-FM, the community and public station for the Dayton area in southwest Ohio. Before that he was publisher of an underground newspaper, The Minority Report, and an organizer in the antiwar movement. At KPFA News he has anchored the Evening News and taught the news training class for news volunteers and interns.

Gabriela Castelán is News Anchor and Producer for the Pacifica Evening News. Gabriela is a long time radio producer who began at the first Spanish language public radio station in the nation, KBBF, Santa Rosa. Later she became the first Latina Sacramento Correspondent for California Public Radio during the first Jerry Brown Administration. She spent twenty years in public radio then worked as a Communications Director and Spanish teacher before returning to public radio in 2010.

Christopher Martínez is KPFA’s State Capitol Correspondent. Christopher has covered the State Capitol since 2003. Before that, he worked in health policy for community clinics serving low income communities of color for a decade. Christopher also worked for tenants groups in San Francisco and for a number of anti war and anti intervention groups during the period of the Central American wars in Nicaragua, El Salvador and Guatemala.

Vic Bedoian reports from Central California primarily on issues involving natural resources and environmental justice. Vic ran his family farm before becoming General Manager of KFCF Radio from 1996-2008. Vic graduated from UC Berkeley with a BA in Physics and was a producer at KPFA in the 1970’s and 1980’s.

Rose Ketabchi is Engineer for the Pacifica Evening News.

Cameron Jones is Saturday News Anchor and Producer and Morning News Fill-in. Cameron was born and raised in Berkeley and has been a reporter at KPFA since 2009.

Christina Aanestad is KPFA Morning News Fill-in. Christina is a print journalist and radio producer, reporter and anchor. Her work has aired on Pacifica Radio, Free Speech Radio News, Radio Netherlands, National Native News, NPR and other programs. A Northern California native, she loves traveling between the Bay Area where she anchors news at KPFA, and the redwoods in Humboldt County where she produces the evening news at KMUD. Christina is also the assistant producer of Radio Curious and teaches fashion journalism at the Academy of Art in San Francisco.

Dan Fritz is KPFK Reporter for the Pacifica Evening News. 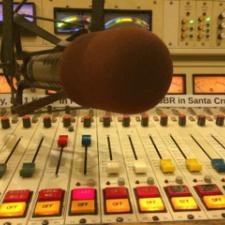