Undercurrents - American Music with a Passport

WE HAND-PICK MUSIC FOR YOU EVERY DAY, BLENDING IT WITH LOVING CARE.

UnderCurrents is the daily, 4-hour music mix heard around the USA and the world via Native Voice One: The Native American Radio Network. We began as a service to enhance and extend the offerings of Native stations, of which there are dozens. But the show has caught the ear of music lovers everywhere and is now heard on 190 stations, in Alaska, California, The Southwest, Texas, The Deep South, Great Lakes, Plains and Rockies; from the big cities to cozy villages we're there...even in Guam and New Zealand! UnderCurrents brings together music fans across borders, cultures and generations.

He began his radio career in college radio (KHSU) where the very first program committee met on his waterbed and designed the station's format. He honed his DJ chops in rural markets like Arcata and Mendocino, then moved up to major market air gigs in Sacramento, Los Angeles and The Bay Area, working on-air at stations while freelancing for NPR, Pacifica, CBC and others. All along the way, he's been collecting music, meeting artists, teaching, learning, sharing and enjoying the creative playground of noncommercial radio.

Senior Producer Gabriela Castelan hosts twice each week. She has a great ear for music and serves as the studio Chef, continually tasting new music for possible inclusion in the mix. She also makes sure the playlists are available to you each day here on this website and on Twitter.

Over the years, you may have heard her on KBBF, KQED, California Public Radio, KPFA, Pacifica, and national voiceovers. When she’s not in the studio (or the kitchen), you'll find her at the farmer's markets.

Assistant Producer Joe Yurhe is a singer/songwriter/guitarist. With his musician's ear, he makes sure Gregg & Gabriela's mixes find their way smoothly to the the public radio satellite.

We are living, breathing folks who care about music as much as you do. We are not robots... 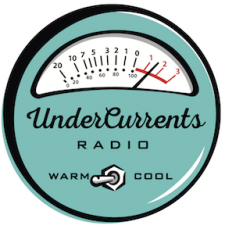