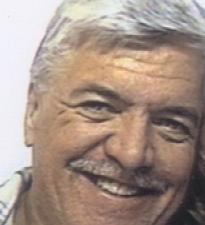 Scott Bunte whose weekly show is Midnight Mosaic on Friday's from Midnight to 4 AM is sitting in for Pilsbury this week.

Toad - Basel, Switzerland - A Life That Ain't Worth Living 71

* Joe Riley & the Hellhounds - Indiana - I Own the Crossroads 22

IRISH COFFEE was from Belgium, and they played killer hard rock with searing leads, strong vocals and well composed songs. They officially started in 1970, originating from another band called "The VOODOO". In the beginning they played only covers from British & American bands, such as DEEP PURPLE, LED ZEPPELIN, The WHO, The KINKS and many other hard rock bands.

"Mystic Eyes" is a song written by Northern Irish singer-songwriter Van Morrison when he was leader of the band Them. It was the opening tune for the band's first album, The Angry Young Them that was released in June 1965. Peel became interested in in Stack Waddy after seeing the entire audience walk out during one of their early live gigs, as he recalled on 13 April 2004.

"I (Who Have Nothing)" (sometimes billed as "I Who Have Nothing") is an English language cover of the Italian song "Uno dei Tanti" (English: "One of Many"),

Most famous for being the band of ex-MK1 PURPLE bassist Nicky Simper, this group also had in members Ashley Holt on vocals, Mac Poole on drums, Frank Wilson on kbs and respectively Ged Peck and Pete Parker on guitars on their first and second albums. It is interesting to make a parallel between WARHORSE and CAPTAIN BEYOND as that band had the other ex-PURPLE frontman Rod Evans, and they also developed an harder edged sound than that of Mk1 PURPLE, one of the reasons Ritchie BLACKMORE sacked the two unlucky boys.

.Too late for you? Check out Archives!

Too late for you? Check out Archives!

Women's Music Show - 3rd Week of the Month (Next week)

If they were Rockin' in the 70's I'll be playing any of their music no matter what decade they released it.