KPOV broadcasts from Bend, Oregon and reaches listeners throughout Deschutes County and into Crook County. With over 40 locally produced programs and 70 hosts, KPOV is radio by the people and for the people of Central Oregon.

Those old radio shows you used to love. Listen to stories of suspense, humor, and drama.

DISCLAIMER
KPOV is proud to present old time radio shows. Be aware– the shows are
presented intact as originally archived. As such, these shows may include
old time commercials and product sponsorships. As a non-commercial,
educational radio station, KPOV does not endorse the products mentioned or
the behavior, such as smoking or drinking, promoted. Inclusion offers a
historical and educational perspective of the style of advertising and the
type of content presented in radio during the late 1930’s through the early
1950’s and to preserve the integrity of the archival programs.

In addition, portrayals of some of the characters may be deemed offensive by
some listeners. While not endorsing such portrayals KPOV sees a value in
allowing those voices to be heard as they were presented to ensure that we,
as a society, recognize that stereotypes and unflattering caricatures have
been, and often continue to be, a part of the American personality. 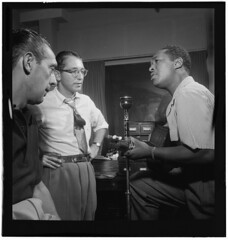