Radio For The People!

KTUH is a non-commercial, student-run, listener-supported station in Honolulu, Hawaii. It was Hawaii's first non-commercial FM station, and signed on the air July 7, 1969. Programming originates from the studios located on the campus of the Univer

Hello Boys and Girls! My DJ name is Maynard G. There was a character in a Sixties TV show "The Many Loves Of Dobie Gillis," named Maynard G. Krebs. Maynard was played by Bob Denver, (aka Gilligan.) His character was a beatnik who was enamored of jazz and had a strong aversion to work. Naturally, I identified with him. Thus the name: Maynard G. My show, The Kitchen Sink, is built around the idea that variety is not only the spice of life, but is essential to the sanity, (if any), of yours truly. My playlists consist of, but are not limited to: Jazz, Funk, Soul, Blues, Electronica, Exotica and World Music. As well as your weekly dose of Frank Zappa! My favorite music is the new music that I've just been turned on to. However, I am just as wild about the older stuff. As KTUH alum, Cookiehead Jenkins used to say, "It ain't new, but it's new to me!" Come join me on my musical adventure of discovery every Monday from 6 to 9 p.m. on The Kitchen Sink. 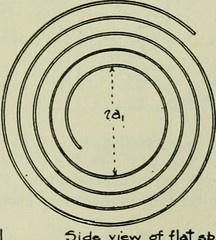