Radio For The People!

KTUH is a non-commercial, student-run, listener-supported station in Honolulu, Hawaii. It was Hawaii's first non-commercial FM station, and signed on the air July 7, 1969. Programming originates from the studios located on the campus of the Univer

Timbre Tantrums is a three-hour patchwork of songs, threaded by commonalities of tonal color, instrumentation, lyrical content, modal interchange and rhythmic sensibilities. Each week, I curate a diverse array of music and then arrange them in order to juxtapose their idiosyncrasies; allowing each song/artist to shine while adding to the larger experience of the mix as a whole. Every show is consistently inconsistent, but carefully thought out. If anything, the one thing that all of these songs/bands have in common - it's that I enjoy them. I really hope that you'll like them, too. - Ryan 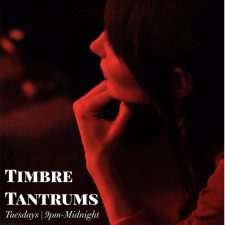