A Voice and a Choice for Southwest New Mexico

Community radio broadcasting live from downtown Silver City, New Mexico. Blasting 10,000 Watts south from the northern edge of the Chihuahuan Desert, and north from the southern end of the Gila National Forest.

When he was a teen, Jeff Lindholm let his dad talk him out of a radio DJ career. But Jeff persevered, and he’s been a college and community radio programmer, music librarian, and assistant station manager since 1977, at a half-dozen stations in Pennsylvania, New York, Virginia, and Vermont. Jeff also formed a punk rock band with Rob Buck, later of 10,000 Maniacs, worked in a record store, was music editor of an underground newspaper, and led wilderness trips for troubled teens, and he and some friends once were serenaded in the back of a limo by Tiny Tim. So, he’s highly qualified to host “Geezer Rock”! 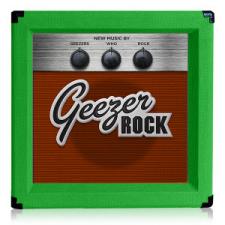