Discovered KVMR while visiting a friend in the late 90's. Bought a house in 2002 commuting each weekend from the bay area. Retired in 2006 and moved here full time. We loved the community and I wanted to be ivnolved with KVMR. I come from the high tech world of Silicon Valley where I started working as a college student in 1973. My career took me all over the world exposing me to many cultures along the way. I lived in Gilroy from 1974 until 2004 and enjoyed the KFAT radio years following by KHIP and KPIG. When I retired in 2006 it was a natural for me to actively get involved in radio rather than just listen to it and here I am today hosting my own radio show. My passions are KVMR, live music, sports, outdoor activities including, managing my little portion of the forest, biking, skiing, snow shoeing, hiking, kayaking and as they say much much more. 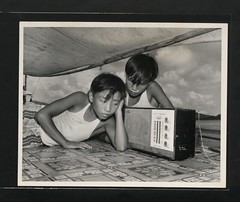