I Grew up in Detroit,Michigan in a home filled with music.The piano in our home was a place we would gather, and play as children. My mother was a Bobby Sox'r with a huge record collection, my father was what was then called a "audiophile", with a massive record collection of his own. My father's sound equipment was a child's wonder, speaker cabinets taller than I was, a turntable platter inches thick, and that wondrous glow of the tubes in the power amps. Some of my earliest memories, are listening to music with my parents. I had a radio next to my bed, for as long as I can remember, falling asleep with it on nightly. As a young child, I took a radio with me everywhere, Detroit radio was the center of the universe in the 1960's. I collected empty bottles for their deposit, and would spend the proceeds buying '45s. By the time I was eight, I had a large record collection of my own, with music much different than that of my parents.

The music receiving air play in Detroit back then was unique. Unlike other radio markets, Detroit radio was truly color blind, rock & roll & Motown, evenly mixed, the Beatles followed by David Ruffin, the Stones followed by Marvin Gaye. Because of the presence of Barry Gordy & Motown, Detroit radio was always integrated. As good as radio was, the live music scene was even better. Ted Nugent (Amboy Dukes) played a dance at my high school. By the time I had completed high school, I had a huge record collection, and would play albums at parties.
I joined a Burning Man radio station, K-SVERT 106.5 FM, in 2001 as station engineer. K-SVERT is the oldest and one of the largest radio stations at burning man. Thanks in part to my joining, we added a large performance stage in 2003, hosting the largest bands to play the event, (The Mermen were our first 'house' band). Mike Aquino (Blackrock Skid), the station manager, who also founded 'Burning Silicone' a south bay burner LLC., became my close friend. He pioneer burning man radio, and was the frequency Czar, assigning frequencies. Skid took me around to all the burning man functions in the bay area, introducing me as "Sacramento Dave". In 2003 when I had my first regularly scheduled show as a K-SVERT broadcaster, I was Sacramento Dave. I have remained Sacramento Dave, even though I moved to Nevada County in 2004. For twelve years I have hosted "Good Morning Black Rock City, with Sacdave" one of the most popular radio program on the playa. When my buddy and mentor, Skid, passed away in 2011, I became Station Manager. I am involved with the Nevada County burner community, producing local events, MC'd, DJ'd and was Musical Director for the three 'Burnal Equinox' events held at the Miners Foundry (2011,12,&13).
For several years now, friends have been urging me to work at KVMR. I decided this was the right time in my life to make the move to radio in the default world. I am a grad of the 2015 Broadcaster class, and I am looking forward to this new chapter in my life at KVMR. 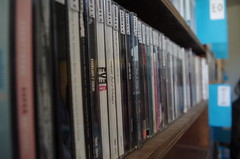