Born and partially raised in Brussels, Belgium, DJ Neuhaus was raised in a multi-cultural, multi-linguistic and musical household. With a former British Punk mother and Belgian Ska father who proceeded to manage his own nightclub in Brussels, a lot of Neuhaus's music is a direct transcription of the CD's and vinyls that were the soundtrack to his childhood. After moving to Portland in the early 2000's, DJ Neuhaus is majoring in Journalism with a concentration in Anthropology at the University of Oregon. By day he writes for the Daily Emerald and is a reporter for the Catalyst Solutions Journalism program at Allen Hall. By night he spends his evenings with friends on his porch, out at the river, or enjoys a long walk around Eugene's beautiful neighborhoods. His favorite part of being a DJ is finding new music and being able to share the artist's background and often unheard anecdotes that aim to bring more life to each song on his show, Me & Mr. Jones. You can also usually find him with a double shot espresso and sparkling water at his side at Espresso Roma where he also DJ's! 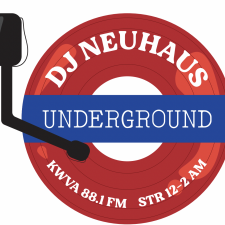 Whether you're settling down for the evening or getting ready to go out, Me & Mr.Jones will provide an eclectic ambiance of heavy hitting classics and the more unique tunes that can either carry you to a boogie wonderland or be the perfect background muse. Enjoy the next two hours of curated music and commentary by yours truly.

Often classified as eclectic, Me & Mr.Jones strives to find the groove, rhythm and soul that keep the feet tapping and the hips shaking. Whether you're getting ready for a night out, or winding down for a calmer approach to a Saturday evening, this show is the perfect ambiance, enjoy!

For this evening's show you'll hear an eclectic medley of grooveful songs that should either carry you off to into the night or be the perfect background ambiance to a chill night in. Hope you enjoy the night and the rest of your weekend.

Welcome to Me & Mr.Jones! If you're in need of a soulful tune to get the night started or the rhythm to settle down then tune in on KWVA 88.1 FM for some curated music by yours truly, DJ Neuhaus!

For this evening's episode I've selected an eclectic ensemble of disco funk, alternative Indie and hip hop, soultronica and many more classics that should keep the feet tapping and the hips shaking. Enjoy!

Welcome to Me & Mr. Jones's 6th episode, dedicated to the night of horror... (spooky ghost noises)

Whether you're finally relaxing from the tiresome week or about to set off on a nocturnal weekend adventure like none other, this playlist will provide you with a delicious ambiance of an eclectic selection of music that celebrates the rhythm, soul and groove of life. Let the feet tap, the hips unlock and the jazz hands fly.

An eclectic ensemble of funk and rhythm, this episode's show will start strong with some dance electronic and soothe into a variety of different genres that has the potential for a night out with friends or an evening in, up to you to decide. Enjoy the beginning of your night and the rest of your weekend, see you next week.

For tonight's episode I've selected a variety of classic oldies, disco funk, soultronica and a variety of eclectic tunes, all accompanied with researched commentary to offer a deeper look into the origins and themes of the songs that we love. Enjoy the rest of your weekend and beginning of your night, yours truly, DJ Neuhaus.

What better way to start your Saturday night than with tunes that can either invigorate your plans or be the background to a calmer night.

For tonight's show of Me & Mr. Jones I will be playing a selection of dance/electronic, indie pop, disco funk, underground hip hop and plenty more songs that should serve as the perfect background music to your conversation or the song that get's you ready for your Friday night plans. Enjoy the beginning of your weekend!

A diverse selection of eclectic songs that originate from the corners of my childhood memories to the speakers of my college living room, my aim is to play music that carries enough rhythm for a dance or keep your toes entertained while you launch your weekend, hopefully on the right tune, by yours truly.