First became a member of KXCI in 1987 after moving back to Tucson to attend the UofA. Started assisting Program Director Mike Landwehr behind the scenes at KXCI in January of 1999 and became volunteer Music Director that year, then part time, then a full time staff member. Some highlights of the last twenty years include: partnering with host Don Jennings to create a one hour live performance segment to the Locals Only program in 2000 (?); introduced KXCI to streaming content in 2000, helping to equip and open Studio 2A for live studio sessions in 2001; engineering around 2,000 live to broadcast radio sessions with local, national and international artists; producing and releasing over 20 KXCI CD compilations; championed the proliferation of locally based mini-programs to the airwaves of KXCI; assisting in creating video content of our radio sessions and leading a team to produce live streaming video content; helping to facilitate the availability of new music to the airwaves at KXCI and working with a collective of outstanding volunteer programmers and staff to bring the sound of KXCI and Tucson to the airwaves and the world. Proud to be part of this team of volunteers and staff that make our community a better place through music! 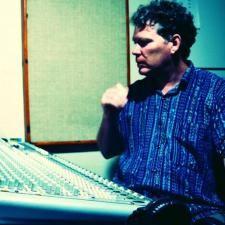 Tonight we feature our dear friend Scott Kerr' Thee Vinyl Wizard's 111 Morning Dub playlist to guide the music for Rasta Riddims, It's all dub based reggae skankin', music we shared and loved. Remembering the joy, fun, music and community that he shared with us! Love you Scotty!

Duncan sitting in this morning with a tribute show to John Putnam.

Duncan sitting in with a selection of DJ El Toro's Friday Lunchtime Dance Party sets mined from the past.

Tribute to Bunny Wailer today during the music mix, rest in rasta peace.

Celebrating the life and legacy of U-Roy tonight on Rasta Riddims, with 2 full hours of The Originator, daddy U-Roy! A musical hero with massive influence on popular music in Jamaica and across the globe who passed on from this physical plane on Feb. 17th at 78. Rest in peace and rhythm! 💜🙏🔥

Tributes today to the passing of musical legends U-Roy and Johnny Pacheco. Rest in peace and rhythm!

Duncan sitting in tonight with a tribute show to John Putnam of Mele O Hawai'i.

Duncan sitting in on Rasta Riddims this evening with a selection of dub, classic reggae and new releases.