John first came to Tucson after getting out of the army in 1980. He has lived in the Old Pueblo ever since. While attending Pima College in 1982 there were fliers passed around announcing the start up of a new radio station in town. In November 1983 KXCI did its first broadcast and started live studio broadcasting in December 1983. John has been an avid listener from day one and has been an active member since the first fundraiser event.

In 2001 he attended the station's DJ class and submitted a demo. He was awarded a Music Mix position on Friday afternoons and did that show for 3 years. A change in work hours forced John to give up the Friday slot. Being a lover of bluegrass music he had always been a fan of The Bluegrass Show on Saturday mornings (hosted by Milo) and The Bluegrass Gospel Show on Sunday mornings. He saw an opportunity to get back on the air and proceeded with a year long campaign to convince Milo to let him have his Sunday morning bluegrass gospel slot. The effort paid off and John submitted a demo tape to the Station Manager and created the American Traditions show with its first broadcast on September 11th, 2005.

In order to maintain diversity, introduce new music, showcase vintage songs and present Tucson's rich musical heritage John realized that he had to redefine "Traditional American Music". What he came up with is this: "Traditional American music are those musical genres that originated in what is now the United States." This includes not only the folk, country, bluegrass but also Cajun, Native American, Hawaiian, rock, soul, blues, Chicano Rock/American Sabor and jazz. John believes that these music styles, and many more, represent the history and rich cultures of America. 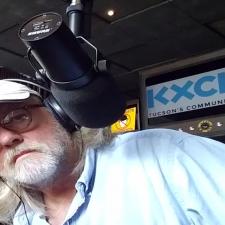