Before becoming a specialty show DJ at Seattle's KEXP in 2005, Hannah Levin was a print journalist whose work appeared in Rolling Stone, SPIN, BUST, and in the form of weekly music columns for both The Stranger and Seattle Weekly. She relocated to Tucson and KXCI in 2015 where she currently serves as the host of the weekday afternoon show (The Home Stretch) and Director of Content. 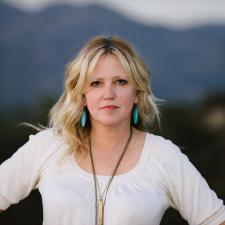