Jennie G. has been a music fan ever since she can remember. It likely stems back to when she was two and an obscenely early riser. Her mom would put on records to keep her entertained in the early morning hours. After graduating from the University of Arizona in 2000, she took the KXCI Adult Broadcasting class and immediately became smitten with radio as a medium. She had a Tuesday Afternoon Music Mix at KXCI from 2000-2003 when the request line rang and the Program Director from a nearby commercial station invited her to lunch. For the next eight years, Jennie became the Morning Show Host and Assistant Program Director of a Triple A formatted commercial radio outfit. When the station format switched she spent seven years in nonprofit funding only to return to her first career love, radio, and the best radio station on the planet, Her love of music variety, upbeat, fun-loving tunes and folk forward melodies make her mix eclectic and joyful. Tune in and check it out! 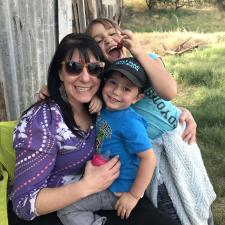