Phil K is the voice of KZUM's Lavender Hill and a voice for the LGBTQIA-etc community in Nebraska. LavHill launched on Valentine's Day in 2010 with Phil and his former co-host Corwin at the boards as a thirty minute program bridging Murphy's Magic Mess into The Wimmins Show. LavHill replaced W.I.N.G.S., a syndicated women's news program that had lost funding. Deb Anderson, the host TWS, was kimd enough to offer them that segment until the KZUM program committee made a decision on how to fill that slot. It wasn't long before Lavender Hill, called The Min of the Wimmins Show at the time became a regular feature on the KZUM airwaves. But it wasn't until after KZUM moved their on-air studio to College View in Lincoln, NE that the show was expanded to a full hour. Ten years later and the show is still going strong with Phil at the helm solo since Spring 2019. 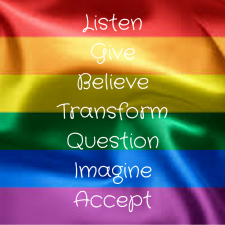