The Wimmin's Show plays music by women from all genres, features local and national women performers live in the studio, has regular guest programmers who play a wide variety of music by women and have a monthly feature of poetry called Women Out Loud and a monthly feature called Notes From New England that highlights New England Women singer songwriters presented by Colette O'Connor. Along with those two segments there is a book review show called That's What She Wrote with Cinnamon Dokken and a food show called That's What She Ate with hosts Deb Higuchi and Lupe Hickey. 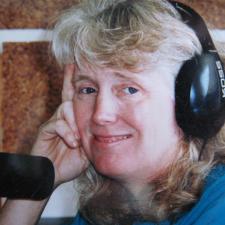