My love of music and radio kind of went together. I built my first home studio back in high school. I had two turntables, a Teac reel to reel and an eight track recorder. I would spend a lot of time making mix tapes for my friends. I used to visit any radio station that would let me in the door. The first was KIRL AM in St. Charles County. My introduction to community radio came from KDNA FM in St. Louis. KDNA was one of the early community radio stations in St.Louis. In 1972 I joined that staff at KCLC FM at Lindenwood University. Following college, I got my first paid on-air job at KGRV FM in St. Louis. They had a slogan I actually had to say ....... "K Groove, Groovy Music for groovy grown ups". My love of radio survived, but later I moved on into television sales and then video production.

It has been a wild ride, but it all led to the building of Theroots.fm. 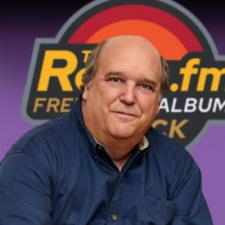