One Nostalgic Weekend is a weekly 2 hour syndicated old time radio radio program which broadcasts classic old time radio shows that aired in the 1930s-1970s and comes from the pages of comic books and comic strips.

One Nostalgic Weekend is a WON/Jimbo-FailExchange Inc.Radio Production. One Nostalgic Weekend originally broadcasts from Brooklyn, New York City and is hosted & produced by Jonathan Rios. Featured on this weekly old time radio program are some of America's finest and favorite comic books superheroes & comic strips characters that ended up entertaining the nation and the world on the radio back in the golden years of broadcasting.

The shows that are currently being featured in this two hour block are The Lone Ranger Radio Show (Western), Superman (Action), Dick Tracy (Action) & Captain Midnight (Action). Also included in the program are some classic Old Time Radio Commercials and short radio reports/plays in between programs. In the near future, Shows like Tarzan, Little Orphan Annie, Batman, Buck Rogers will be added to the O.N.W rotation in the near future. So sit back, relax and enjoy classic radio at its best with One Nostalgic Weekend, Every week, right here on this station! 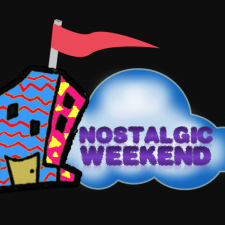