Radio of, by and for the people; where freedom of the airwaves reigns. Listen to earlier shows by clicking on Calendar below. Select the show you want and use the arrow to start it. Move around the show via the time display.

Mitch is one of the hosts of both Shirim (Jewish music) and ClassiCollage (Classical) and produces both shows. In ten years he has more than doubled the CD library for both shows and has helped to manage the classical library of more than 5,000 LPs. He is a professional performing musician (drums and percussion) and has shared the stage with musicians including Wynton Marsalis, Gerry Neiwood, Yo-yo Ma, Isaac Stern, Joshua Bell, Roger McGuinn, The Harper Brothers, Wycliff Gordon, Carol Wincence, Peter Yarrow, Lisa Levine, Larry Milder, Jeff Klepper, Noah Aronson, Beth Schafer, Sue Horowitz, and dozens more. He has appeared at the Kerrville Folk Festival, Newport Jazz Festival, Saratoga Performing Arts Center, Troy (NY) Music Hall, The Esplanade, Carnegie Hall, Lincoln Center, and many other clubs and venues in the US, Japan, Budapest, Paris, Prague, and Canada. 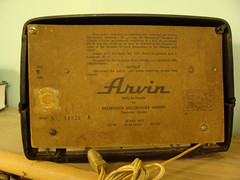 All About the Water (and the Grammys)