Hear earlier shows by clicking the CALENDAR link. Select the show you want to visit. Choose which hour or 15-minute incurrent you would like to visit. Click the ARROW to start the show.

Jasiu (which is Polish for Johnny) has been a volunteer for WCUW since 2011 on the 2nd, 4th, and 5th Sunbday's at 2-4 Pm Eastern time at www,wcuw.org . His program can be listened to on the Internet during the show and two weeks after it airs.

He grew up in NJ and his mother listened to a Polka program there for many years on Sunday's.

Jasiu decided in 2011 that this was payback for all of that.

He loves Polkas and enjoys the comraderie with the audience. 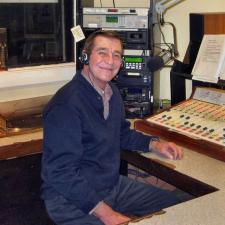