Volunteer powered community radio in the heart of Frogtown, amplifying the voices of our diverse communities.

The Al Davis Show is a midday show featuring the best of rhythm and blues music. Al was born in Indianapolis, Indiana where growing up lots of soul music

"It is good to be back home on the FM in the Twin Cities" Al says. On his Tuesday and Friday show at 11 am hear the music of James Brown, Aretha Franklin,

Mary J. Blige, and Boyz II Men. We are on the air right before lunchtime. Come on over to 94.1 to hear how urban contemporary music comes alive on WFNU. 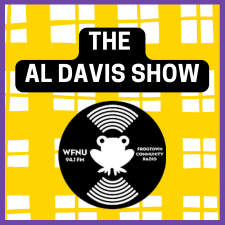