A Great Place to Be!

Cambridge Community Radio - of, by and for the people of Cambridge and vicinity.

In the late '60s and early '70s, when he was growing up, Clipper and his friends solved the post-adolescent problem of nothing to do by migrating across the river to Philadelphia, and went to coffee houses, night clubs and concerts everywhere. In the process, they quite naturally saw every popular group of the time--Jimi Hendrix, Jefferson Airplane, Cream, The Who, Janis Joplin, and especially Pink Floyd. They were all Pink Floyd freaks first, and saw the band probably 14 times or more, starting from the Floyd's second tour of the U.S., in 1968. It was a first hand musical education from the birth of "Rock" music, and Clipper and his friends soaked it all up like a sponge.

When Rock got tiresome, Clipper and the more open-minded of his friends haunted jazz clubs in the Philadelphia area, seeing big bands like Maynard Ferguson, Duke Ellington and Ella Fitzgerald, Buddy Rich and his Big Band, and solo acts like Oscar Peterson, Bobby Hutcherson, and plenty more. On the off weekends, it was folk music in the coffee houses. From this musical beginning there was always a playlist going in Clipper's background.

Paul Clipper's start in radio didn't happen until 2008, when a late afternoon cruise of the Vermont countryside landed Clipper outside of the studios of WOOL-LP, a.k.a. "Black Sheep Radio." The late afternoon sun lighted the leaky windows of the old mill building in downtown Bellows Falls, where a DJ was working the board of a show that just happened to be playing on the car radio at the time. A quick internet search revealed that WOOL was looking for more members, more program hosts, and it wasn't long before Clipper was on the air with his first radio show, a jazz, blues and whatever show called "We Call it Music."

After a few years in Vermont, Clipper found himself in Asheville, NC, and hunted down a station there. Before long, Ashevillians were listening to the Blue Ridge Blues show on AFM, Asheville Free Media, which was internet based at the time. Since then, AFM has been licensed as an LP station, now called Asheville FM, 103.3. Also, in 2014, WOOL in Vermont has had the good fortune to acquire a full-power license and now broadcasts as WOOL at 91.5 MHz.

Moving up to Cambridge, Maryland, in 2013, Clipper joined WHCP as a founding member before its inception in July 2015. He went on the air there with the Bay Blues show, which is broadcast live every Thursday night from 8 til 10 p.m., with a recorded show repeated every Saturday night in the same time slot. He also put together the structure of the "Raising The Dead" automated overnight Grateful Dead only show, that runs every night from midnight to 5:00 a.m.

Throughout all this, Clipper made his living as a writer, photographer, journalist and publisher, and prefers to keep the radio work casual and all volunteer. "Music has always been a pleasure and a pastime for me," he says, "and to try to make it into a job would ruin it. The time I spend on the air gives me a chance to enjoy my favorites, and to maybe introduce listeners to something they haven't heard before, and in so doing touch off that thrill of discovery. Music is fun, it's the sound of our soul, and it's an honor for me to be involved in broadcasting." 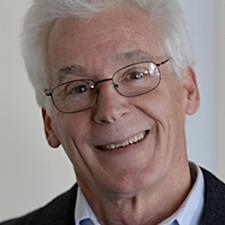