A self-taught Latin percussionist since the age of 12, his father handed him Cal Tjader’s 1960 “Latino” album featuring Mongo Santamaria and Willie Bobo back in 1966, and a LP fiberglass conga and said, “Here, learn to play right with these”, he’s been living and breathing Latin Jazz since. A computer network engineer during the day, Jim is part of a team overseeing the health and security of the computer network of Massachusetts largest retail corporation. Jim is also a US Army Vietnam Era veteran who served as an Air Traffic Controller where he admits, “That was my first real foray out in radio broadcasting, directing all those live aircraft”. The real commercial radio experience began at Worcester’s WORC 1310 AM in 2006 co-hosting the first Latin Jazz show in New England called “Ran Kan Kan”. The show lasted about six months, the host resigned and Jim took over the show and renamed it “Latin Jazz Sundays”. Jim also produced and hosted a Salsa show at the same station on Saturdays called “Salsa Dura Sabados”, that’s “Hard Salsa Saturdays” and again on Sundays with his friend Alex Vega on “Salsa Na’ Ma”. Both shows became major hits with Worcester’s Latin community and achieved a 2.5 rating in the Arbitron charts for two years. Although short-lived, but well remembered by his listeners, an opportunity opened up in Hartford Connecticut under the Gois Broadcasting group of stations at WNEZ 1230 AM and a fusion of the two shows became and all Spanish language show called “Jazz Latino Ahora”, that's “Latin Jazz Now!”. Jim developed a large listener following in New England, New York, DC, Florida, California, Hawaii, Canada, Spain, Israel, and Milan Italy, thanks to all the shows being streamed across the internet to listeners outside of Worcester. “I am honored to be here at WICN surrounded by the finest and most supportive group of radio professionals in the world. Latin Jazz has a home in public radio, here on 90.5 WICN Jazz + Latin for New England. 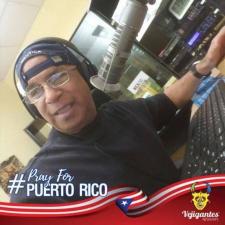