Airing on Thursday nights/Friday mornings from 1:00-5:00am, Offbeat is the place to listen for the best beats and rhymes of underground hip-hop from its birthplace of New York. In its original incarnation, DJ Stretch Armstrong and Bobbito aka DJ Cucumberslice co-hosted the Stretch & Bobbito Show. In 1998 the Stretch Armstrong & Bobbito Show was voted "the best hip-hop show of all time" by Source Magazine and "the best hip-hop show in New York" by the Village Voice. Since 1998 the show has changed hands through dj Lord Sear & Bobbito, Squeeze Radio, hosted by Sucio Smash & Timm See and featured Adam Waytz. In 2010 the show transitioned to undergraduate programmers for the first time since Stretch Armstrong's first broadcasts. Originally known as Rappcats Radio, the current broadcast of the show is titled Offbeat. In accordance with its long history, Offbeat is committed to broadcasting undiscovered new Hip Hop music. Shows typically focus on exposing underplayed or up and coming new artists, including experimental instrumental artists not typically played on mainstream Hip Hop radio. In addition to exposing the new, Offbeat will also do many historical broadcasts, honoring the old classics of the art form. Listen regularly for our special album anniversaries, birthday broadcasts, artist interviews, livesets and more. To stay updated on upcoming events, you can follow us on our twitter. 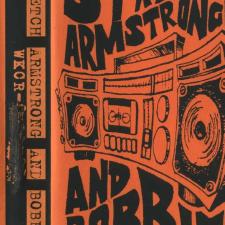