Field Trip began in 2016 and focuses on the music and practice of field recordings. Field recordings have a complex history both in America (such as Alan Lomax’s recordings), and beyond, (such as the United Nations Educational, Scientific and Cultural Organization (UNESCO) collection). A field recording is broadly music recorded outside of a professional studio. In this way, field recordings have been considered as especially authentic and live. However, the reality is much more complicated. Questions of race, culture, and aesthetics complicate the history of field recordings. On Field Trip, these recordings are our starting points to answering such questions with thought and creativity. Tune in and you may catch field recordings that were recorded fifty years ago, experiments of your favorite Afternoon New Music artist, or those documented in New York City by WKCR itself. 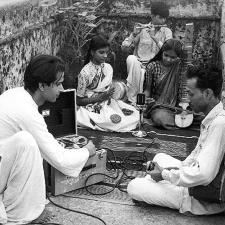