[An Adult Swim Original] In the late 1960s, Chuck Rockwood was one of many premier DJs for the legendary 94.7 KMET FM Los Angeles, California, and a very successful actor in the adult entertainment industry. When a domestic murder charge in the 1970s sent Chuck to the execution chair, and ultimately to Hell, he struck a deal with the devil that would grant him a return to Earth in the year 2022, but now as a vampire, to haunt and torment people according to his bidding. That's when he comes across Charlie, a new student DJ for his university's radio station 88.1 WKNC Raleigh, North Carolina, who begrudgingly forms an acquaintanceship with the unholy deity as he enlists his help in curating killer underground music sets across all genres and eras (though primarily hip-hop for Charlie) from both Chuck's time on Earth, as well as Charlie's respectively. However, this comes at one condition, Charlie must take up the DJ name of Chuck Rockwood, and by doing this, will play an unknown crucial role in Chuck's ultimate reason for wanting to return to the Earth. 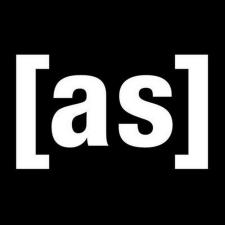 It's the season finale, and it happens to be on the day with the two numbers that mean that one plant. For The Love Of Ivy, why can we not talk about it in the studio? I really don't be smoking like that though. Chuck gets all yee-haw in the studio.

Charlie is sad because he is going through a bad break up. He needs to drop this Dead Weight from his life and socialize. Chuck gets jazzy in the studio.

The British sure do love rap music... and Squeezing cats. Chuck gets nostalgic and plays some of his favorite Doo-Wop tracks.