A broadcast service of University of Southern Maine

My interest in music began when I was around four years old and my brother and sister gave me a 45 of The Beatles "Get Back." Following that, my very hip godparents would give me records at Christmas. My brother further influenced my collection. He swam with a guy who eventually became the keyboard player for Elton John's band who introduced him to all sorts of stuff, and while I was in middle school, a lot of prog rock floated through his closed door and into my bedroom. In high school, I discovered the Rolling Stone Record Guide and started expanding my musical horizons. From then on, my taste became much more eclectic. When I'm not buying, listening to, or playing music, I teach high school English. I hope you enjoy what I to do. 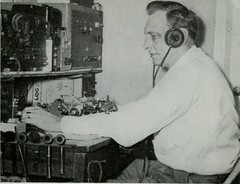 A Circle of Sound

A Circle of Sound