The Only Station That Matters

Free-form College Radio from the campus of Muhlenberg College since 1948.
The birthplace of Community Radio in the Lehigh Valley.

Bill has always had an active musical life. It started well before picking up the guitar in the 4th grade. To that, Bill has added saxophone, bass, mandolin, synthesizers, and trombone and has played in a variety of bands across many genres. Although life in radio started during high school, it became serious in 1995. In 1997, Bill finally became the host of a weekly program where he presents electronic music to this day. In 2002, Bill began his tenure at WMUH by hosting Afterglow and Thought Radio™. Due to his work schedule, Afterglow had to go on hiatus but Thought Radio™ continues where Bill presents Electronic Music (Phase 1), New Age (Phase 2), and Progressive Rock (Phase 3). You can check out Bill's musical projects: Pinnacle, Twyndyllyngs, Municipal Band of Allentown, and Really Terrible Orchestra. Bill also curates the Soundscapes Concert Series which is the concert companion to Thought Radio™ (Phase 1) and Galactic Travels™. 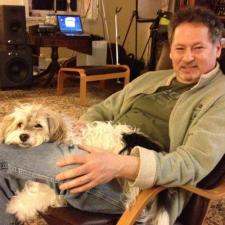