WNMC's flagship jazz-mix programming brings listeners 45 hours each week of great music drawing heavily on and built around the tradition of jazz innovation. Jazz, from its very outset, has always been a heterogeneous, spontaneous, eclectic mixture of influences from throughout the world of music and beyond: blues, pop, brass band music, the Spanish tinge which helped give us swing, classical music theory, opera arias, political protest, counter-cultural movements, all of this and much, much more went into making jazz at one time or another. Jazz is an open music, and our jazz mix format is inspired by that openness--showing points of contact and contrast between jazz music and some of the other musics that have influenced it and been influenced by it over its more than 100 years. 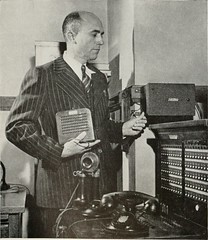