DJ Kayla Kush got started as a radio DJ on KZSC-Santa Cruz in 2008. After moving to Madison in 2010, she began hosting U DUB, a weekly roots reggae radio show on WSUM. She has been playing gigs consistently at music venues, events, and festivals since 2012 in addition to hosting her radio show every week. In 2018 Kayla moved her radio show to Madison’s beloved listener-sponsored community radio station, WORT FM, and dubbed it 2 DUB, bringing listeners a late night twist on reggae with infusions of hip hop and worldbeat every Saturday from 10pm-Midnight.

In 2017, she joined Rootfire, and now contributes interviews and stories highlighting the reggae scene. She is also responsible for curating a weekly list of songs for Rootfire’s influential Progressive Roots Playlist on Apple Music, Spotify, YouTube, and Soundcloud. She was blessed to spin at the virtual California Roots Festival in May 2020. 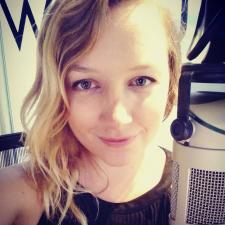