Community Radio from Asheville, NC. We keep Asheville thriving by producing diverse and eclectic programming that inspires our listeners to build connections across our communities and to discover new music and ideas.

Underground rock! Let’s do this together! “Leviathan” mean sea monster, and in musical terms, it is often used to describe “monsters of rock.” There is some of that here, (as well as monsters of pop and occasional monsters of country). But the main thing to know about these particular monsters is that they’re standing right behind you and you don’t even see them!!!

We are living in an age in which, due to the state of the music industry, amazing musicians are putting out amazing music (many of them right here in Asheville) and nobody even knows about it. This show is here to wise you up! And we’ll have fun listening to music and talking about it, just because that’s a fun thing to do.

Speaking of, the second hour of the show is usually an interview with a local Asheville musician. Musicians are in many ways more “knowable” than other artists – we’ll hear them talking about what they did, and then we’ll hear what they did. Cool!

I have made a facebook and an insta page (@leviathanradioashevillefm), mostly because I want you to have a way to contact me (particularly if you’re a local musician). I want to know what you’re up to. And behalf of all of us listeners, thanks for the work you do!

Yeah! u know it 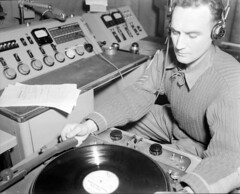