WTBU: The Beat of Boston University

On album hour we will listen to and discuss some of the most influential and interesting alternative albums from recent decades and the songs and artists inspired by them. On each episode, we will listen to the entirety of one album (or EP) from an artist, discussing various aspects of production, songwriting, and influences of the songs. After we finish listening to the album, we will go on to discuss other artists and songs the band has influenced. 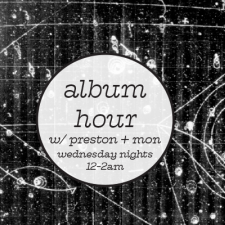