WUOG 90.5FM is the University of Georgia's student-run radio station.

A spinoff to the original scary stories talk show After Hours series, After Hours Beyond is a brand new sort of talk show where instead of telling scary stories late at night we actually go out and attempt to encounter the paranormal. Hosts Connor Trotter, Keith Carlson and Conor Lacey, audio record their mystic journeys through Georgia's most haunted areas. 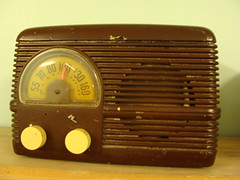