WVUD The Voice of the University of Delaware

College Radio from the University of Delaware

"The Station That Remembers"

"Brian Lee" Hart; Delaware Valley Radio Personality, DOB, Dec. 5, 1939, in Springfied Pa. He developed a fondness for music from listening to his mother play the piano and listening to programs on the radio. Brian's father, was a close friend of Band Leader "Sammy Kaye" who struck Brian's interest in the big band sound. [Later in life, Brian would perform with Sammy Kaye a few times]. He began buying records around 1950. Some time later, around mid 1954, Because of his record collection, Brian was asked to emcee some sock hops at his High School and later, the fire house. In 1956, Brian attended Alexis I duPont High School where he did a few record hops and met, Mel Burnham, a popular Dee-Jay at WAMS. Mel became a sincere friend and teacher, in furthering Brians career. Mel invited Brian, to do a spot on "WAMS Open House". Brian's 1st appearance, was, Saturday, Feb 23, 1957. "Yeah, I was nervous and had difficulty putting the tone arm on the record" "I was teased by Roger Holmes, and Mel, both were vetern Dee-Jays at WAMS". Roger, Mel & Brian became lifetime friends. He kept busy musically, 60s to the 90s. With "WAMS Souvenir Weekend" and "Moments To Remember" All this time he also worked for the State and Amtrak. He also was involved with our Military and Law Enforcement.

Over the years, he was with other radio stations; WEEZ Chester, WXUR aka Kiss 100 in Media Pa, WJBR in Wilmington, WPEN in Philly, and WNRK in Newark, In 1981 he was with WSNJ in Bridgeton NJ with the "Saturday Night Dance Party " 8pm-1am. While doing this show in 1982, Brian recieved a phone call from Neal Payne, a Big Band Dee-jay at WXDR, Neal's program, called "In A Mist" which was named after a Bunny Berigan Song which Neal created in 1979. Neal learned, that Brian was also from Newark. He invited Brian as a guest on his show. This led to a wonderful Friendship. Brian Joined WXDR in early 1983 and has been there since. In 1984, Bill Chambless joined WXDR with "Scratchy Grooves " Music of the 30s and older. The Three Men became instant friends and their shows became A Sunday Night Staple. "7-11pm. Meant Good Music" They filled in for each other, when needed. In 1992, WXDR Changed the call Letters to WVUD. Neal died in a 1993 auto accident. 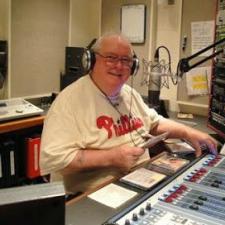