We are a non-profit, student-run radio station broadcasting from Saint Michael’s College in Colchester, Vermont.

Now you are tuning in to THE CUBAN BRIDGE at WWPV 92.5 FM "The Mike" - the Saint Michael's College station in Colchester, Vermont, USA.

This afternoon, we will celebrate the GOLDEN GLOBAL AWARD to Cuban guitarist RENE SOLER PEDRAZA - a founding member of the Cuban Rock School with his band LOS WATTS in Havana in the 1960s.

LOS WATTS live, work and play in FLORIDA - they are still playing their Rock favorites, while RENE lives in Greece, happily married and animating the scene with his Super Charge Mix of BEATS from yesterday and today, recording abundantly and touring from Greece to Rome and Miami and countless cities, where he has created a formidable legion of fans.

In our celebration of Mr. Soler Pedraza's Global Music Awards, some of our favorite bands and IDOLS from the 1 end of the 1960s, with lots of great bands, guitar riffs, drumming and horns, rap, hip hop, jazz, funk and beyond.

We also want to render TRIBUTE to all the Cuban Rock Bands who never had an industry to develop their dreams, and now overseas have created THE CUBAN ROCK OF FAME UNDERGROUND in Florida, and other stop over cities.

Plus 200 Years of Music with the LIKES of Chicago, Commodores, Earth Wind & Fire and The Ides of March.

Toni Basanta, host of THE CUBAN BRIDGE ON THE RADIO since February 2020. 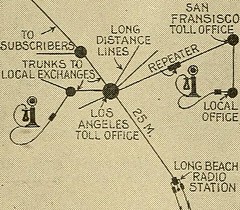