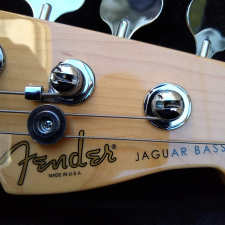 Fifth and final week in the Music From Memory series closes with the subsidiary label Second Circle, running from Dazion (SC006) to DJ Sofa, Houschyar, Okay Temiz (SC019), with a bonus four songs at the end of artists from other labels that are heavily suggested by Music From Memory’s sound. Those are Trance, Wilson Tanner, Joan Bibiloni, and Andrew Wasylyk.

Week 4 of the 5-week feature on the Amsterdam label Music From Memory wraps up that label and enters MFM's subsidiary Second Circle. This week we go from MFM046 to Second Circle's SC005. You will notice the change in the air as we start Second Circle. The label introduces itself with the drum heavy Montezumas Rache. The artists that follow keep a consistent sound before the label starts to incorporate house elements into its sound.

Week 3 of the 5-week feature on the Amsterdam label Music From Memory and subsidiary Second Circle, on Gulls Window Circus. This week we go from MFM031 to MFM046. Many highlights, probably the ones that will stick most will be the unknowns, but the well-known artists make quality appearances too, such as the Mule Musiq artist Kuniyuki, Dam-Funk recording as Garrett, and Jonny Nash, who runs the retrospective-worthy Melody As Truth label. As I write this, the track Amerikan Dread is running through my head...

Part two of the 5-week Gulls Window Circus Music From Memory special, playing a track from every release, including the subsidiary label, Second Circle. All tracks (except one CD-only comp from the label MFMJPCD001) spun on a turntable in real time from vinyl. This week covers MFM018 – MFM029.

First in a 5 week series covering the Netherlands label Music From Memory and its subsidiary, Second Circle. We will hear a track from every release on both labels, played by catalog number, starting with Music From Memory and its 54 releases. The label is usually pigeonholed as ambient or new age, but as you will hear, many flavors are represented as we travel the waters. Today we start with MFM001 (Leon Lowman) and make it up to MFM017 (Richenel).

The eighth and final show in the Gulls Window Circus ‘Double punk’ series. This week starts with Thomas Jefferson Slave Apartments and ends with Zoom. Today I offer you private press punk rock by Tommy Gun & The Hit Squad, Athen GA band The Violets with their immortal I Hate The Grateful Dead. NYC band The Victims were the only band ever on Golden Disc Records (except for The Speedies). The Victims 7″ was the only non-Misfits release on Plan 9. Twisted Nerve were a Scottish band, kind of like their Christian Death. Zoom had pre-Viletones and Diodes members. As Dead Boys would say, all this and more – good show today!

The seventh show in the 8 part Gulls Window Circus series ‘Double punk’ which plays two songs from each band, with two bands in a set. This week starts with The Shadracks and ends with 39 Clocks. Hearts still weep with SLF’s Tin Soldiers (at least mine). Fun to hear the first recordings of The Sound (who would expect them in a punk show). Sort Sol fans will enjoy hearing that Copenhagen band as Sods. The Shadracks take on sacred territory by covering Buzzcocks Boredom. Dutch band Speedtwins soup up My Generation like no one else except, maybe Patti Smith. Speaking of New York, Manic Panic founders Tish & Snooky are heard as Sic F*cks. Hit to the other coast and enjoy The Summer Hits, Starcrawler, Team Dresch, and So What.

The sixth show in the 8-week Gulls Window Circus series ‘Double punk’, which plays two songs from each band, with two bands in a set. This week starts with David Peel & Death and ends with Sex Pistols. Future paisley underground (as The Three O’Clock) stars Salvation Army show how they belong in a punk show, and from the other direction, hardcore band Scared Straight backtrack from HC to punk. If you are a Dwarves fan, Penetration Moon do Heartbreakers and Dead Boys covers. If you are a fan of The Nightingales, hear their precursor band The Prefects. Elementary school could be the only precursor for The Prats, who win the award as youngest Gulls Window Circus band. When we finish the Double punk series we will hear Zoom, which has members of The Viletones and The Diodes before those bands. In this show we have The Secrets, which has members of both those bands AFTER Viletones/Diodes.

The fifth show in the Gulls Window Circus series ‘Double punk’ which plays two songs from each band, with two bands in a set. This week starts with The Mighty Ions and ends with The Paper Tulips. Four Boston bands appear, including probably the most well-known export from this area, Mission Of Burma. The Mighty Ions are a 80-82 band that never released anything: here are 2000 recordings that capture exactly what made this band soar. Nervous Eaters are a cautionary tale – they rocked hard until Elektra signed them and created an LP that no one liked. Wrongs are righted with Spanish label Penniman’s two anthologies of the bands finest stuff. Pajama Slave Dancers are a Western MA band feature prominently in the 2018 documentary ‘Chet’s Last Call: A Story of Rock & Redemption’ based on their mid-80s records. So much more in this show… Listen and I will give context to all.

The fourth show in the 8 week Gulls Window Circus series ‘Double punk’ which plays two songs from each band, with two bands in a set. This week starts with Hitmen (with an out-of-order catch up of The Flyin’ Spiderz), and ends with The Mekons. Included is my all time fave hardcore band Ill Repute, who changed their sound significantly between their 1st and 2nd LPs. We will have 3 tracks from that little heard 2nd record. My fave Boston band La Peste is showcased with 2 of their lesser know songs. Scott Weiss fronted (Ed Gein’s Car) Iron Prostate honor Gilligan’s Island, and NYC Dead Boys contemporaries The Mad provide cover art for this show and give us 2 tracks. LA’s Sylvia Juncosa’s vocals remind me of Paris band Stinky Toys (who will be heard soon) on her tracks.

The third show in the Gulls Window Circus series ‘Double punk’ which plays two songs from each band, with two bands in a set. This week starts with The Drones ‎ and ends with Richard Hell And The Voidoids. If there is a familiar band in the show (there are several), tracks from outside that band’s norm are played, such a 1977 demos for Generation X, the Yonkers demos for Heartbreakers, and live at The Lyceum 1983 for The Gun Club. There are also bands that are related to other bands you know, such as Empire (Generation X) and Future Dads (Unnatural Axe). And, as usual, there are the unknown, such as Long Island’s Hand Grenades and New Zealand’s Flesh D-Vice.

The second show in the Gulls Window Circus series 'Double punk' which plays two songs from each band, with two bands in a set. This week starts with Charlie ‘Ungry and ends with Dow Jones And The Industrials. Detroit band Death incorporate a well-known Beatles song into The Masks, post-Destroy All Monsters band Dark Carnival do 3 blasts of joy, NTC goodies Corpse Grinders and The Dots show that the tracks you never heard are always worth the effort (The Dots and The Dictators = Bronx pride), and Boston royalty DMZ and Dogmatics show why they are remembered.

The first show in a new Gulls Window Circus series 'Double punk' which plays two songs from each band, with two bands in a set. This week starts with Actress (early Johnny Thunders) and ends with this week's cover stars The Celibate Rifles. Time to dig in.

A one-off that started as an experiment, which ended up turning out well and caused me to make it a show – the 88-89 LA (mostly) metal scene, filed with miscreants that saw Hanoi Rocks as their Iggy, and Gn’R as their Pistols. Listen if you dare!

The third week of the 3-week Popped series – all physical copies, spun in real time on a turntable. LP tracks, 12″ and 7″ single are all featured, both current and from the past, US and England. I loosened up for tight sound requirements I started with for this episode, so several high quality tracks that might have been passed by got included (OMD and Ministry are the obvious examples). Hope you enjoyed this series, and my tracks to KRGA for providing the inspiration to pull this last 3 weeks together.

The second week of the 3-week Popped series goes to an all 7″ format – physical copies, spun in real time on a turntable. Many of the tracks are from artists that only ever released one single and that was it, so there is gold to mine here. Special mention goes to Long Island NY band The Ecstatics [from my hometown], who on their lone 1981 single counted (in their aliases) John Ceparano from The Stargazer Lillies and Spike Cassidy from DRI, both playing WAY outside the styles you know them for – wow!

The first in a 3 week series called Popped. 6 hours of physical copy vinyl singles and LP tracks spun in real time on a turntable. The Popped series covers the inspirations, 80s bloom, and current examples of the sound that gets called power pop by some. The series was inspired by the KRGA LP ‘Moi St’. Unfair to give highlights, as every single track fought hard to earn its place.

The final week in a 3 week series of electronic shows features a track from the ‘Taken On’ LP by Moodymann. There are also some ambient tracks, a re-edit of The Zombies, a Talking Heads outtake, the NYC band Gray that Jean-Michel Basquiat was in (not on this track), and some soul, tropical and lovers rock tracks. Quality is kept high (hey, it’s Gulls Window Circus!) so you should have a happy time listening to this show.

Part two of a three part electronic series. The show is all vinyl, physical copies of 12" and LP tracks spun in real time. There are tracks from many countries, era, and sub-genres. All were chosen to belong to this very special set, presented for your enjoyment.

First in a three-week electronic (meaning non-rock) series composed of tracks that wove themselves together in my head. Some (many) are indeed electronic, but some are international, tropical, disco or balearic. It is a fine mix, and forecasts the feel of selections for the next two weeks.