What it's like when you mostly grew up on the likes of liking music that would never find itself on the Billboard 200. Like, not to say that stuff that's on the Billboard 200 doesn't have any merit, I'm just saying most of what comes out today is not for me. So what does that leave the listener with for 2 hours - Me mostly in a 90s indie-rock time capsule, but accepting that good shit is still happening this decade too and presenting similarly sounding new stuff to compliment the old stuff that I hope you'll like. Also, I don't like olives. 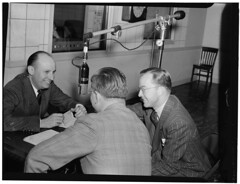