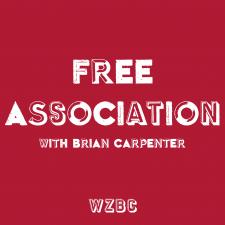 A two-hour retrospective followed by an hour-long deep dive into the music of iconic composer Ennio Morricone, who recently passed away at the age of 91. Ennio Morricone was an Italian composer best known for his work on over 400 film scores, as well as over 100 classical works. His scores are considered some of the most influential and timeless in the history of film music. In 2007 he received the Honorary Academy Award and was nominated for a futher six Oscars before winning in 2016 for The Hateful Eight.

Brian Carpenter is a singer, songwriter, composer, and producer based in Boston. He has produced several radio programs, including The Sound of Horror: Sound Design in Science-Fiction and Horror Films, featuring special guest film sound designers Craig Henighan, Stephen Barden, and Ren Klyce. He leads the bands Beat Circus and The Confessions in Boston, and Ghost Train Orchestra in New York. As a composer and arranger, he has collaborated with Swans, Kronos Quartet, Jarvis Cocker, Colin Stetson, and others.

Alessandro De Rosa is the author of “Ennio Morricone: In His Own Words”, an in-depth conversation with Ennio Morricone recently translated into English and published in 2019. De Rosa is a composer who undertook composition following Morricone’s advice. He studied with Boris Porena in Rome and then graduated from the Royal Conservatoire in The Hague. He currently works as a freelance musician and collaborates with the RAI (Radiotelevisione Italiana) and the RSI (Radiotelevisione Svizzera di lingua italiana). As a composer and arranger, he has collaborated with Jon Anderson of the band Yes.